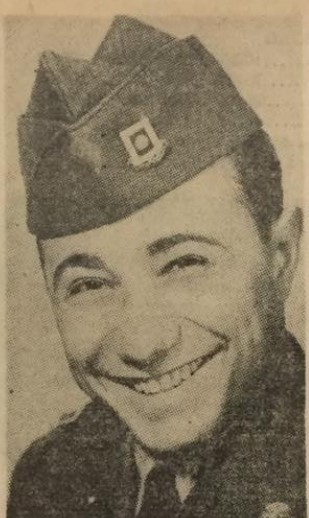 Please share a memory of Leonard to include in a keepsake book for family and friends.
View Tribute Book

Leonard F. Recine, 89 of Hamilton, entered into God’s care on Monday, June 11, at Compassionate Care Hospice of RWJ Hamilton.  Leonard was born in Trenton and attended Trenton High School.  Leonard was a Tech Sergeant in the United States Army, 2nd Infantry Division. He served his country in Korea and was honorably discharged in 1952, receiving the Korean Service Medal, Bronze Service Star and the United Nations Service Medal

In 1963, Leonard moved with his family to Hamilton. A graduate of Trenton Technical College, he was employed for many years by DeLaval Turbine Inc., holding several positions within the company in the manufacturing and installation of turbine engines and equipment.  As a machinist, Leonard had military clearance from the US Navy to work on submarine turbines and traveled throughout the country overseeing repairs.

He was a longtime member of the Barons Athletic Association, where he enjoyed many a game of bocce.  Leonard also enjoyed trips to Atlantic City with his wife Rose and sister-in-law Ann, and spending time with his grandchildren Lenny, Rebecca and Jimmy. He took great pride in their achievements and attended every one of their sporting events. Leonard was also a lifelong Yankee and Eagles fan.

Leonard is survived by his two sons, Anthony (and Linda) and Leonard; his grandchildren, Leonard, Rebecca and Jimmy, his sister Lucy (Cammiso) and his brother Anthony (and Dina) Recine.  He is also survived by his sister-in-laws Ann Cuiule, Judy (and Henry) Yuncza and Gail Recine, as well as several nieces and nephews. He is pre-deceased by his wife of  59 years Concentia (Rose), his son Mark, daughter-in-law Sharon Recine, parents Anthony and Lena Recine, brothers Donald and Thomas (and wife Charlotte) and brother-in-law Vito Cammiso.

Calling hours will be on Thursday, June 14, from 9:00-10:30 am at the D’Errico Whitehorse Mercerville Chapel (located inside the Brenna-Cellini facility), 2365 Whitehorse Mercerville Road.  Military Honors will be presented at 10:00am.  Mass of Cristian burial will at 11:00 am at St. Raphael’s Roman Catholic Church.  Interment will be private at Brigadier General William C. Doyle Veterans Memorial Cemetery in Wrightstown, NJ

In lieu of flowers, donations can be made to a charity of your choice in Leonard’s name.

To send flowers to the family or plant a tree in memory of Leonard Recine, please visit Tribute Store
Thursday
14
June

Look inside to read what others have shared
Family and friends are coming together online to create a special keepsake. Every memory left on the online obituary will be automatically included in this book.
View Tribute Book
Share Your Memory of
Leonard
Upload Your Memory View All Memories
Be the first to upload a memory!
Share A Memory
Send Flowers
Plant a Tree