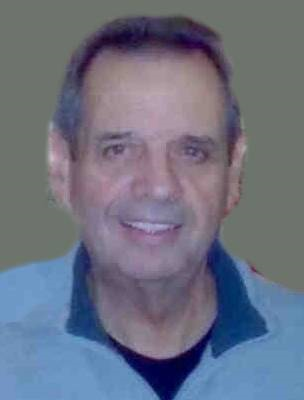 Please share a memory of William to include in a keepsake book for family and friends.
View Tribute Book

Born in Trenton, he was a lifelong area resident.

Bill, as he was affectionately known by his family and friends, proudly served his country in the United States Army during the Vietnam War.

He was formerly employed with the State of New Jersey, Department of Transportation, serving as a Civil Engineer in the Construction and Maintenance Divisions for over thirty-six years, prior to his retirement in 2007

Bill was extremely proud of his two children, Billy and Vicki, and his two grandchildren, Michael and Hannah.  He just loved spending time with his family and friends.  He enjoyed vacationing at LBI and at Disney, but Bill always said his favorite vacations were the cruises with Pat and their friends.  His favorite past times included collecting baseball memorabilia, watching baseball (any team), reading the NY Times from cover to cover, eating pizza and pasta, collecting and sharing cookbooks and listening to Classic Rock.  He finally made it to Woodstock last fall.  He was also very proud of his Irish heritage.

In lieu of flowers, memorial contributions may be made in his memory to the Vietnam Veterans Memorial Fund, 1235 South Clark Street, Suite 910, Arlington, VA 22202 or online @ www.vvmf.org

»(Do not delete this line. It does not print.  Text that is to appear on web must be entered before this line)

To send flowers to the family or plant a tree in memory of William Bielak, please visit Tribute Store
Tuesday
26
June

Look inside to read what others have shared
Family and friends are coming together online to create a special keepsake. Every memory left on the online obituary will be automatically included in this book.
View Tribute Book
Share Your Memory of
William
Upload Your Memory View All Memories
Be the first to upload a memory!
Share A Memory
Send Flowers
Plant a Tree