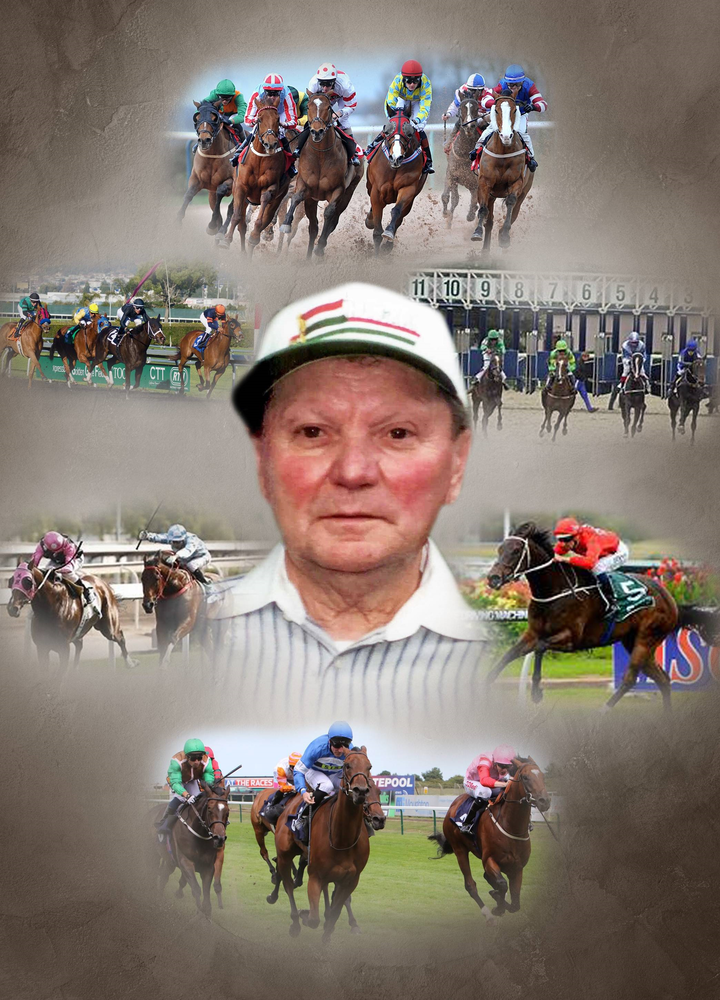 Please share a memory of John to include in a keepsake book for family and friends.
View Tribute Book

John Sutyinszky, 88, of Hamilton, entered into God’s care Saturday, April 6, 2019 at Capital Health System Hopewell, with his family by his side.

Born in Kondoros, Hungary, John immigrated to the United States in 1956 during the Hungarian Uprising, he met the love of his life Aranka Magyar at Camp Kilmer NJ, then settled in the Trenton area, where he resided most of his life.

He was a talented custom tailor who started his apprenticeship at age 12, working for various clothing manufactures in the area, including Flemington Furs, prior to his retirement from Harry Ballot of Princeton, a well-known men's clothiers.

John was a member and Elder of the Hungarian Reformed Church of Trenton, a member of the American Hungarian Democratic Club and The American Hungarian Civic Association.  He was a longtime horse racing enthusiast who loved spending his leisure time at different tracks in the area, especially Parx, but his greatest love was spending time with his family.

Predeceased by his parents, Janos and Zsu Zsa (Bartok) Sutyinszky and his brother Pẚl, he is survived by his loving wife of nearly 62 years, Aranka (Magyar) Sutyinszky; his children and their spouses, Lajos “Lou” Sutyinszky and wife Sandy, Janos M. Sutyinszky and Aranka Kim and husband Samuel; his grandchildren, Stephanie Sutyinszky and her fiancé David Alcaraz and Stacy Sutyinszky and Lauren and Olivia Kim;  and his K-9 companion, LuLu, and good friend Nick Molina.

The family wishes to acknowledge special thanks to the Doctors and Nurses in the ER & ICU at Capital Health Hopewell for the excellent care given to John during his stay. They would also like to thank Nick Molina for all he has done for John and the family.

To send flowers to the family or plant a tree in memory of John Sutyinszky, please visit Tribute Store
Thursday
11
April

Look inside to read what others have shared
Family and friends are coming together online to create a special keepsake. Every memory left on the online obituary will be automatically included in this book.
View Tribute Book
Share Your Memory of
John
Upload Your Memory View All Memories
Be the first to upload a memory!
Share A Memory
Send Flowers
Plant a Tree