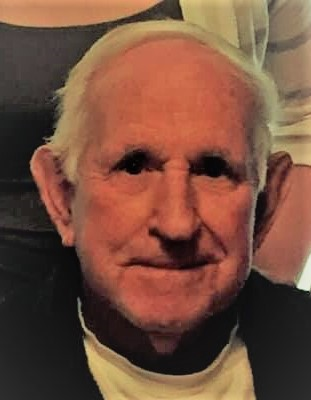 Please share a memory of Paul to include in a keepsake book for family and friends.
View Tribute Book

Mr. Buck was born April 1, 1935 in Buckskin Twp., Ohio, he is the son of the late Dwight and the late Elizabeth (Beechler) Buck.

He proudly served his country in the United States Army during the Eniwetok Atoll nuclear bomb testing program in the Bikini Islands.

Bucky, as he was affectionately known by his family and friends was the owner and operator of Buck’s Gulf Service Station in Hamilton for over thirty years prior to his retirement.

He was an avid fisherman and a sports enthusiast. Bucky loved playing fast pitch softball in his early years, playing with various adult teams in the area, however his greatest love was watching his grandchildren play sports.

Paul was a loving devoted son, brother, husband, father, grandfather, great-grandfather, uncle and special friend who will be sadly missed.

In addition to his late parents, Paul is predeceased by his siblings, Mary, Jim, Herb, John and Tom, and his loving wife, Maria L. (Palatini) Buck.

To send flowers to the family or plant a tree in memory of Paul Buck, please visit Tribute Store
Friday
27
September

Look inside to read what others have shared
Family and friends are coming together online to create a special keepsake. Every memory left on the online obituary will be automatically included in this book.
View Tribute Book
Share A Memory
Send Flowers
Plant a Tree