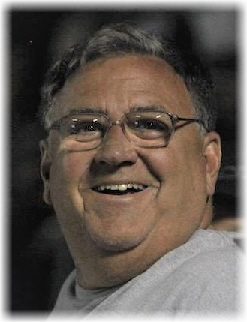 Obituary of Michael A. Schiaretti

Please share a memory of Michael to include in a keepsake book for family and friends.
View Tribute Book
Michael A. Schiaretti, Jr., 68, of Hamilton, entered into God’s care Sunday, December 29, 2019 at home with his loving family by his side. Born in Trenton, he was a lifelong area resident and was a graduate of Penn State University. Mike was employed as a Police Officer for the City of Trenton Police Department, retiring in 2016 after more than 43 years of service. He loved the City of Trenton and its residents, but most of all the men and women of the Trenton Police Department whom he considered part of his extended family. Mike was an avid NY Yankees, Giants, Rangers, and Knicks fan. He loved traveling the country with family and friends to watch his teams play and was a long time season ticket holder for both the Yankees and Giants. Mike enjoyed his weekly card games, morning coffee meetings with friends in downtown Trenton, and sharing food and laughs with the “Roundtable” but his greatest enjoyment was being with his family, and he especially loved spending time with his 6 grandsons. Mike was a devoted son, brother, husband, father, and grandfather and was a special friend to many. Predeceased by his parents, Michael A. and Vincenza “Nancy” (Toscano) Schiaretti, Sr., his brother, Joseph Schiaretti, and Catherine “Kitty” Romeo, who was like a mother to him. He is survived by his loving wife of 44 years, Ramona “Mona” (Boyce) Schiaretti; His sister, Patricia Marlin and brother in law Jacob Marlin; his children, Nicole Bramley and husband Bryan, Michael Schiaretti III and wife Jamie, Joseph Schiaretti and wife Carissa. his cherished grandsons, Mario and Gino, Michael IV and Mason, Joshua and Julian; his brother-in-law, Steven O’Neal; and Clara F. Romeo, whom he considered family; he is also survived by several aunts, nieces, nephews, cousins and friends. The funeral will be held 10:00 am Friday, January 3, 2020 from D’Errico Whitehorse Mercerville Chapel, LLC, 2365 Whitehorse Mercerville Road, Hamilton, NJ 08619, located in the Brenna Cellini Facility. Mass of Christian Burial will be celebrated 11:00 am Friday at St. Raphael's Roman Catholic Church, 3500 South Broad Street, Hamilton, NJ 08610. Burial will follow in Our Lady of Lourdes Cemetery, 400 Woolsey Street, Hamilton, NJ 08610. Calling hours will be from Thursday, January 2, 2020 from 5:00 to 9:00 pm and Friday from 9:00 am to 10:00 am at the funeral home. Memorial contributions may be made in his memory to St. Jude Children’s Research Hospital, 501 St. Jude Place, Memphis, TN 38105-9959, envelopes will be available at the funeral home or online at www.stjude.org
To send flowers to the family or plant a tree in memory of Michael Schiaretti, please visit Tribute Store
Thursday
2
January

Look inside to read what others have shared
Family and friends are coming together online to create a special keepsake. Every memory left on the online obituary will be automatically included in this book.
View Tribute Book
Share Your Memory of
Michael
Upload Your Memory View All Memories
Be the first to upload a memory!
Share A Memory
Send Flowers
Plant a Tree