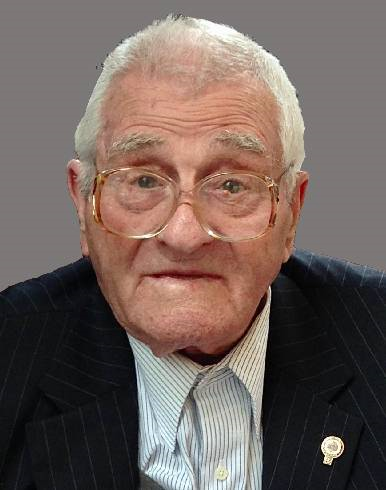 Please share a memory of Igino to include in a keepsake book for family and friends.
View Tribute Book
Igino Colella, 93, of Trenton, entered into God's care Friday, February 21, 2020 at Medford Care Center in Medford, NJ with his family by his side. Mr. Colella was born June 26, 1926 in San Potito Ultra, Providence of Avellino, Italy. He, along with his family immigrated to the United States in 1970, settling in the Chambersburg section of Trenton. Gino, as he was affectionately known by his family and friends was formerly employed as a Union Laborer with Local 172, Construction & General Laborers Union, in Bordentown, prior to his retirement in 1989. After his retirement, he worked along with his family at Mario and Frank's Pizza Restaurant, a family restaurant on Nottingham Way in Hamilton. Mr. Colella was an avid gardener, he enjoyed growing fig trees and grape vines from cutting a shoot off of a mother tree and plant, a talent, he brought to the states from his home town in Italy. In addition to his green thumb, Mr. Colella used his construction talents helping his family and friends with various projects around their homes. However, his greatest love was being with his family and playing cards with his grandchildren. He was a loving devoted husband, father grandfather, great grandfather and caring friend to everyone. Predeceased by his parents, Francesco Saverio and Angelica (Fiore) Colella, his sisters and brother, Antonietta, Armando and Ida, his loving wife of 56 years, Angela (Foglia) Colella and his son Mario Colella, he is survived by his children, Frank Colella and wife Rosanna, Sam Colella and wife Karen, and Silvia Belardo; his daughter-in-law, Donna L. Colella and his son-in-law, Peter Belardo; his cherished grandchildren, Angela Tavel and husband Erik, Mark Colella and wife Christine, Jon Belardo and wife Jessica, Sabrina Siravo and husband Joseph, Michael Colella and wife Jessica, Anthony Colella and Lauren Colella; ten adored great-grandchildren, Julia, Jake, Nicholas, Luca, Gianni, Adrianna, Luke, Max, Noah and Mila; also survived by two brothers-in-law, Henry Savelli and Antonio Foglia, several nieces and nephews. The funeral will be held 12:30 pm Thursday, February 27, 2020 from D'Errico Whitehorse Mercerville Chapel, LLC, 2365 Whitehorse Mercerville Road, Hamilton, NJ 08619, located in the Brenna Cellini Facility. Mass of Christian will be celebrated 1:30 pm Thursday at Our Lady of the Angels Parish-St. Joachim's Church, 22-56 Butler Street, Trenton, NJ 08611. Burial will follow in Our Lady of Lourdes Cemetery, 400 Woolsey Street, Trenton, NJ 08610. Calling will be Thursday, February 27, from 10:00 am to 12:30 pm at the funeral home.
To send flowers to the family or plant a tree in memory of Igino Colella, please visit Tribute Store
Thursday
27
February

Look inside to read what others have shared
Family and friends are coming together online to create a special keepsake. Every memory left on the online obituary will be automatically included in this book.
View Tribute Book
Share Your Memory of
Igino
Upload Your Memory View All Memories
Be the first to upload a memory!
Share A Memory
Send Flowers
Plant a Tree