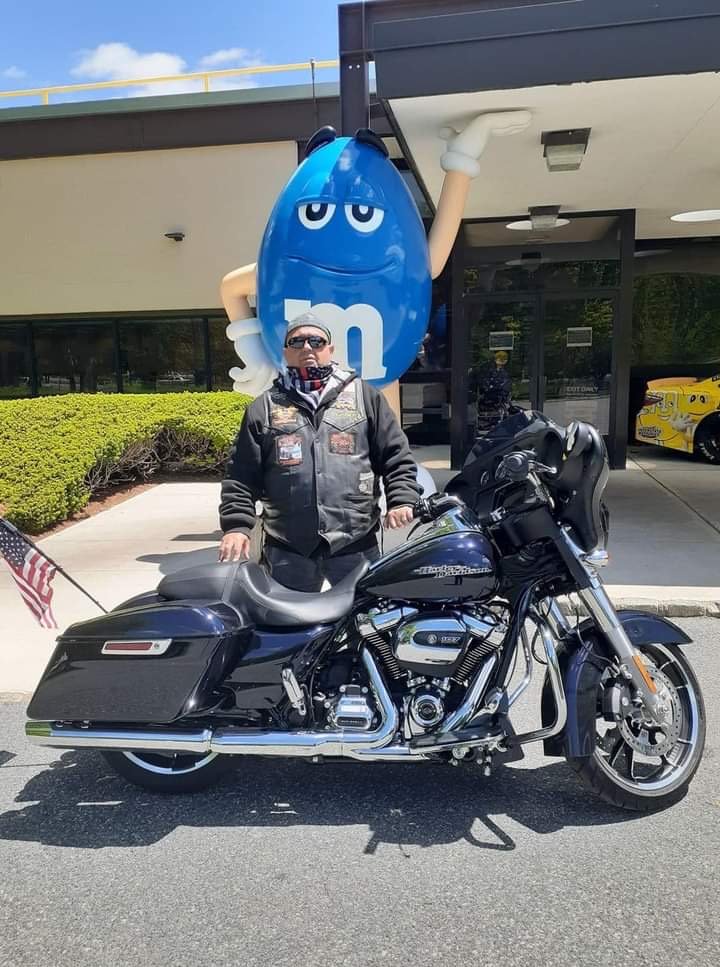 Please share a memory of Robert to include in a keepsake book for family and friends.
View Tribute Book
Robert J. Haws, 61, of Trenton, passed away on Tuesday, August 4, 2020 at Capital Health Regional Medical Center. Born in Trenton, he was a lifelong area resident. Bobby as he was affectionately known by friends and family worked for the State of New Jersey with the DYFS division for the past seventeen years. He was a past Exalted Ruler and current member of the Fairless Hills Elks, Lodge # 2023, and a member of the American Legion # 317 in Yardley. Bobby also tended bar on Friday nights at the Elks and Saturday nights at the American Legion for many years. In his spare time, he loved riding his Harley Davidson with his friends. He was a member of the two riding clubs, World Class Riders, and Legionnaires Motorcycle Club. Bobby and his wife Pat enjoyed vacationing in Florida, Seaside Heights, NJ, and going on cruises. He was also an avid Eagles and Yankees fan. Son of the late Jesse and Mary Sivak Haws, brother of the late Eddie Haws, and uncle of the late Christopher Haws, he is survived by his wife of 25 years Patricia Mycoff Haws; his daughter Chrisie Haws, stepson Joseph Symcak; two brothers and their spouses, Greg “Chippy” and Michele Haws, and Michael and Lisa Haws; four sisters, Deborah Barry, Karen Haws, Dawn Haws, Charlene Ross and her husband Kevin; sister in-law, Catherine Mycoff, Brother in-law and sister-in-law, Richard and Marylou Mycoff, and sister-in-law and brother-in-law, Barbara and Robert May; his grandson and also his pride and joy Joseph Fillman, and his granddaughter Alexa Fillman; many nieces, nephews, cousins, and other relatives. Relatives and friends may attend a visitation on Saturday morning, August 8, 2020, from 8:30 a.m. to 10:30 a.m. at the D’Errico Funeral Chapel, 30 Yardville-Allentown Road in Yardville (located in the Buklad-Merlino Yardville Memorial Home). A brief prayer service will be held 10:30 a.m. at the funeral chapel. Burial will follow in Greenwood Cemetery.
To send flowers to the family or plant a tree in memory of Robert Haws, please visit Tribute Store
Saturday
8
August

Look inside to read what others have shared
Family and friends are coming together online to create a special keepsake. Every memory left on the online obituary will be automatically included in this book.
View Tribute Book
Share Your Memory of
Robert
Upload Your Memory View All Memories
Be the first to upload a memory!
Share A Memory
Send Flowers
Plant a Tree