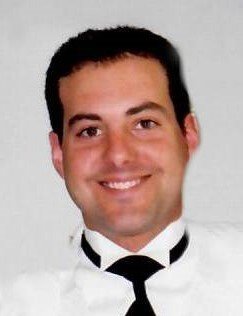 Please share a memory of Joseph to include in a keepsake book for family and friends.
View Tribute Book
Joseph John Starr, 52, of Hamilton, entered in God’s care Saturday, December 19, 2020 at his residence in Hamilton. Born in Trenton, he resided in the area most of his life. Mr. Starr proudly served his country in the United States Army and Airforce, retiring after twenty years of service. During his military career, Mr. Starr served in Qatar at Al Udeid Air Base, which houses the forward operating base of United States Central Command that plays a commanding role in US airstrikes in Syria, Iraq, and Afghanistan. He also served with Homeland Security, US Immigration and Customs Enforcement Border Patrol in Arizona and Mexico. He received The Global War on Terrorism Service Medal that President George W. Bush approved on 12 March 2003. The medal recognizes those military service members who have supported operations to counter terrorism in the War on Terror. After his retirement from the military, Joseph was employed with Verizon, as a lineman for twenty years, prior to his civil retirement. Predeceased by his father, John (Jack) Starr, he is survived by his loving mother, Anna (Costantini) Starr; his twin daughters, Leighanna and Cheyenne Starr and their mother, Kristen Reitz; also survived by two aunts, an uncle, and many cousins. A Mass of Christian burial will be celebrated 11:00 am on Wednesday, December 30 at St. Anthony Church, 626 South Olden Avenue, Hamilton, NJ 08629. Burial will follow in Brigadier General William C. Doyle Veterans Memorial Cemetery, North Hanover Township. Calling hours will be Wednesday, December 30 from 9 AM to 10 AM at D'Errico Funeral Chapel, (located in Buklad-Merlino Facility), 30 Yardville-Allentown Road, Hamilton, NJ 08620. Please wear a face masks and practice social distancing to prevent the spread of Covid-19 during the calling hours In lieu of flowers, memorial contributions may be made in his memory to St. Jude Children Hospital, 501 St. Jude Place Memphis, TN 38105 or online at www.stjude.org. Please visit Joseph tribute page at www.derricofuneral.com
To send flowers to the family or plant a tree in memory of Joseph Starr, please visit Tribute Store
Wednesday
30
December

Look inside to read what others have shared
Family and friends are coming together online to create a special keepsake. Every memory left on the online obituary will be automatically included in this book.
View Tribute Book
Share Your Memory of
Joseph
Upload Your Memory View All Memories
Be the first to upload a memory!
Share A Memory
Send Flowers
Plant a Tree