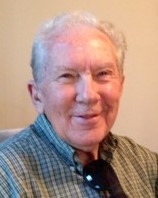 Please share a memory of John to include in a keepsake book for family and friends.
View Tribute Book
John A. Konnyu, 92, passed away on Thursday, December 24, 2020 in Lady Lake, Florida. He was preceded in death by his late beloved wife of 64 years, Frances; siblings: Michael Konnyu, Mary Goodwin and Madeline Mraw; and his granddaughter, Erica Shumard. He was born January 27, 1928 to Frank and Mary (Kostrub) Konnyu in Trenton, N.J. He graduated from St. Mary's Assumption grammar school in 1940 and Trenton Catholic High School in 1944. He served in the United States Navy from 1946-1947 and also 8 years in the Navy Reserves. John worked for the New Jersey State Police at the Identification Bureau in West Trenton, New Jersey and retired in 1985 as supervisor of the fingerprint section after 37 years of service. He then began entertaining with his voice and his guitar at many area assisted living facilities. He was known as "Country John" because of his fondness for older country music. He served on the Board of Directors of the New Jersey Law and Public Safety Credit Union for many years. He was also a longtime member of the Hamilton Elks #2262 and its Glee Club. John is survived by his three daughters: Linda (Carl) Appel of Leesburg, FL, Susan (Don) Shumard of Greenbrook, NJ, Jane (James) Ruger of Florham Park, NJ and Cape Coral, FL. He is also survived by his four grandchildren: Lindsey Appel, Carlyn Dlabik, Carl Appel and Allison Shumard; four great grandchildren: Grace, Carter, Alaina and Gunnyr; and many nieces and nephews. Calling hours will be held Thursday, January 14, 2021 from 9:00 am to 10:15 a.m. at D'Errico Funeral Chapel, 30 Yardville Allentown Road, Hamilton, NJ 08620, located in the Buklad Merlino Facility. Mass of Christian Burial will be celebrated Thursday 11:00 am at St. Mary's Byzantine Catholic Church, Grand and Malone streets in Trenton. Burial will follow in St. Mary's of The Assumption Byzantine Catholic Cemetery in Hamilton. In lieu of flowers, memorial contributions may be made in his memory to St. Mary's Byzantine Catholic Church, 411 Adeline St., Trenton, NJ 08611. Please visit John's tribute page at www.derricofuneralhome.com.
To send flowers to the family or plant a tree in memory of John Konnyu, please visit Tribute Store
Thursday
14
January

Look inside to read what others have shared
Family and friends are coming together online to create a special keepsake. Every memory left on the online obituary will be automatically included in this book.
View Tribute Book
Share Your Memory of
John
Upload Your Memory View All Memories
Be the first to upload a memory!
Share A Memory
Send Flowers
Plant a Tree