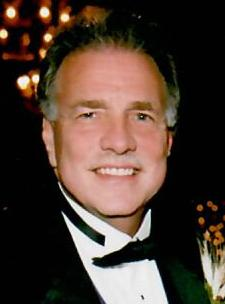 Please share a memory of Lawrence to include in a keepsake book for family and friends.
View Tribute Book
Lawrence D. Guest, Jr. (Larry) 71 of Hamilton, NJ, passed away on February 8th, 2021 at Robert Wood Johnson Hospital Hamilton to be reunited with his family and friends who have passed before him. Larry was born in Greenville, South Carolina, raised in Trenton and graduated from Trenton Central High School. Larry married his wife Renee’ in 1993 where they resided in Robbinsville, NJ. Larry always had a vision and passion and one of them was to design and build his own home. In 1993, Larry began construction and he achieved his dream by designing, building and general contracting not only their home, which was awarded the Certificate of Energy Efficiency, but also their backyard oasis in Robbinsville, doing a lot of the work himself to ensure it was just the way he he wanted. Larry was a dedicated and hard worker who retired in 2009 after 32 years of service with the State of New Jersey, Office of Information Technology. He was the state-wide Manager of all Information Technology Processing and responsible for processing all benefits, state police support – just too much to list. If you got a check from the State of New Jersey he was the one making sure it was processed. Larry had to stay busy and also previously managed the Baldassari Regency for 15 years as well as working at Cedar Gardens and Roman Hall. Larry had a passion for music, especially Oldies and the Disco Club era. His love for music led him to enjoy DJing as a hobby at various events. In recent years, he loved to travel taking cruises and especially vacations on his favorite island – Aruba. He also loved spending family vacations every year in Wildwood with his granddaughters where he spoiled them even more than usual. He was most happy spending time with his family, especially his three granddaughters. He was dedicated to going to every soccer game and dance recital cheering them on. Larry was one of the kindest and most generous men you could ever know; always ready to lend a helping hand and always worried about taking care of everyone else without regard for himself. Larry was an avid and proud supporter and volunteer of the Ryan’s Quest organization. He was predeceased in death by his parents Lawrence D. Guest Sr. and Josephine (Corsala) Guest. Left behind to cherish his memory is his wife of 27 years Renee (Chiavoni) Guest, his son Lawrence D. Guest III, wife Laura and their 3 precious daughters Isabella, Abigail and Charlotte, brother/sister-in-law John and Betty Lou Guest along with children Justin and Andrea Guest, sister/brother-in-law Linda and and Tom Sullivan, their children and spouses Linda and Russ Wilbur, Melissa and Mike Wilkes, and Tracy and Mark DiValerio, brother-in-law Vincent Chiavoni and “brother and sister” Pat and Angel Locane (their traveling buddies), cousins and many friends. We would like to extend our sincere gratitude and love to the staff at Robert Wood Johnson Hospital Hamilton who provided outstanding care, compassion and emotional support. Our hearts go out to all that they are going through at this most unfathomable time. Due to the Covid pandemic, funeral services will be private. A Memorial Celebration of Larry’s life will be held at a later date when it is safe to gather. In lieu of flowers, contributions may be made in Larry’s memory to an organization that was very near and dear to his heart - Ryan’s Quest, P.O. Box 2544, Hamilton, NJ 08690 or www.ryansquest.org/donate.

Look inside to read what others have shared
Family and friends are coming together online to create a special keepsake. Every memory left on the online obituary will be automatically included in this book.
View Tribute Book
Share Your Memory of
Lawrence
Upload Your Memory View All Memories
Be the first to upload a memory!
Share A Memory
Plant a Tree