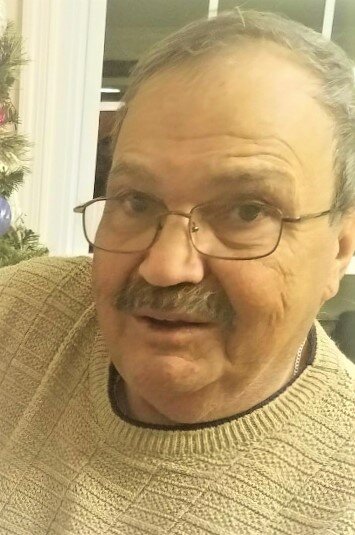 Please share a memory of John to include in a keepsake book for family and friends.
View Tribute Book
John Reina, Sr., 75 of Homosassa, Florida passed away on October 30, 2022 at Oak Hill Hospital with his loving family by his side. John was born and raised in the Chambersburg section of Trenton, New Jersey to the late Blace and Mary Guerra Reina. He graduated from Trenton Central High School. Shortly after graduation, John enlisted in the United States Air Force where he served in Vietnam and was honorably discharged due to the death of his father. John worked for the New Jersey State Lottery Commission and retired after nearly 30 years of service. Over the years, John was a very active member of the Immaculate Conception Church in Trenton, NJ where he served as Director of the CCD program, was a CCD teacher, served as a Lector and Eucharistic Minister, Carnival Committee and Holy Name Society. John was a volunteer at Chambersburg Little League where he also coached baseball. He was an avid Philadelphia Phillies and Eagles fan and also enjoyed golfing, fishing and crabbing. John was proud of his service to his country and was also proud of his Italian heritage. Predeceased by his parents. Blace and Mary Guerra Reina, his granddaughter, Adrianne Eileen Rigelon, father-in-law and mother-in-law, William and Ann Lawrence, brothers-in-law, Ed Zazzo, Tom Haje and Mark Wolters. He is survived by his loving wife of 51 years, Regina Lawrence Reina; six children, John (Chrissy) Reina, Marianne (Chris) Rigelon, David (Chris Flodmand) Reina, Dominic (Sharon) Reina, Stephanie (Nate) Fry, Blace (Ali) Reina; eight grandchildren, John Anthony and Abbie Reina, Lina and Joey Rigelon, Isabella and Haylie Fry, and Chase and Paisley Reina; Brothers-in-laws and sisters-in-law, Sue Zazzo, Chris (Mary Ann) Lawrence, Kathy Haje, Bill (Mag) Lawrence, Mark Lawrence, Vicky (Bernie) Crammer, Tim Lawrence, Jane Lawrence, Charmaine Wolters, Drew (Val) Lawrence, and many nieces, nephews, cousins and friends. Memorial visitation will be held Tuesday, December 6, 2022 from 10:00 am to 10:45 am at Mary, Mother of the Church Parish-St. Mary Church, 45 Crosswicks Street, Bordentown, NJ followed by a Mass of Christian Burial at 11:00 am. Burial will be private. In lieu of flowers, donations in John's name may be made to Wounded Warrior Project, https://www.woundedwarriorproject.org
To plant a beautiful memorial tree in memory of John Reina, Sr., please visit our Tree Store
Tuesday
6
December

Look inside to read what others have shared
Family and friends are coming together online to create a special keepsake. Every memory left on the online obituary will be automatically included in this book.
View Tribute Book
Share Your Memory of
John
Upload Your Memory View All Memories
Be the first to upload a memory!
Share A Memory
Plant a Tree